Reinette Long Hunt (1873-1940) acquired The Grove shortly before Ellen Call Long’s death. Reinette was Ellen Call Long's granddaughter. With the exception of several years preceding World War I, when renters occupied the house, she lived on the property until she passed away in 1940.

Hunt engaged in several strategies to produce income, including businesses, teaching art classes, renting out rooms, and building rental cottages on her property. 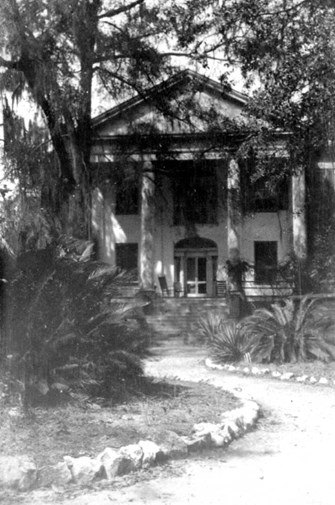 The Grove, ca. 1927. Photo courtesy of the State Archives of Florida.

In 1908, the first Tallahassee Country Club organized at The Grove. The club initially convened at her home and took advantage of a few golf holes laid out north of the property. The planned tennis and croquet courts never materialized and the club soon moved to its present-day location near Myers Park, east of the Florida State Capitol.

Hunt was the last member of the family to own stake in Orchard Pond Plantation. In about 1911, Hunt, who had previously leased out Orchard Pond, sold her remaining interests and the property became one of a number of quail hunting estates still in use today in the North Florida/South Georgia Red Hills Region.

Like her grandmother, Hunt managed The Grove as a single woman. She divorced her abusive husband in 1911, five years after divorce was legalized in Florida. Hunt fought against the stigma of being a divorced woman, but found support in the local artistic community. Her resiliency is evidenced by her dedication to maintaining her ancestral family home through hard personal and financial times. 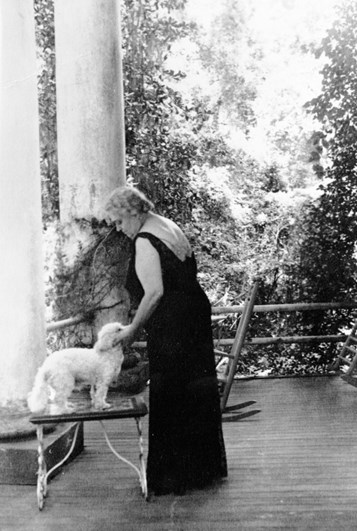 Hunt taught china painting and pastels out of her home studio. Contemporary accounts portray her home as having a salon-like atmosphere, where influential members of society met to discuss literature and debate the issues of the day.

Hunt’s interest in the literary arts compelled her to write on Florida history and culture. Having grown up at The Grove with her grandmother Ellen Call Long, Hunt wrote about her predecessors’ contributions to Florida history.

She also dabbled in poetry and play-writing. In 1924, Hunt hosted thousands of Tallahassee residents at The Grove for a performance of her epic play, titled “A Historical Pageant of Tallahassee.” 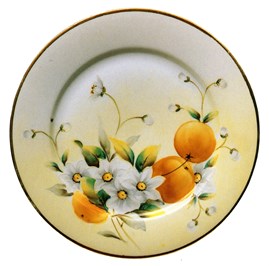 Hunt’s efforts to produce income extended to the development of Grove-themed products. She reportedly made small batches of soap bearing The Grove name and also attempted her own brand of tomato sauce.

According to LeRoy Collins, Hunt’s tomato sauce experiment came to an unceremonious end after a batch exploded on the back porch.

Recent archaeological evidence from the site supports Collins’ story. Dozens of Heinz bottles, all bearing mid-1930s date stamps, emerged during an excavation of The Grove’s historic cistern. In the version of the story told by Collins, the batch erupted because Hunt’s handy man, Robert Giddings Aldridge, had added too much wine to the mixture. 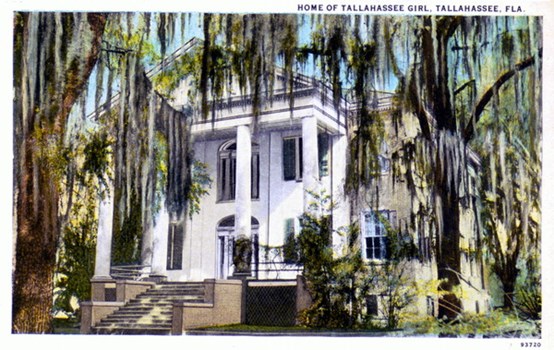 Like her grandmother, Hunt opened her home to long-term guests. She also delved into the hotel business. From the 1920s through to the end of her life, Hunt operated The Grove as a hotel.

She marketed The Grove as the home of the “Tallahassee Girl,” a reference to a popular novel published in the 1870s and reportedly inspired by Ellen Call Long’s daughter, Eleanora “Nonie” Hollinger.

Hunt made small changes to the home to accommodate her guests. She partitioned at least one room on the second floor and built bathrooms on the east side of the house for an apartment shared with her mother, Cora Gamble Long.

As the Great Depression lingered on into the late 1930s, Hunt initiated plans to subdivide the property and built rental cottages on her land to the north of the main house. The Burr Cottage, the last remaining of these cottages, is now used for The Grove’s staff offices.

Reinette Long Hunt passed away in 1940. Her home and the surrounding 10 acres went up for sale.